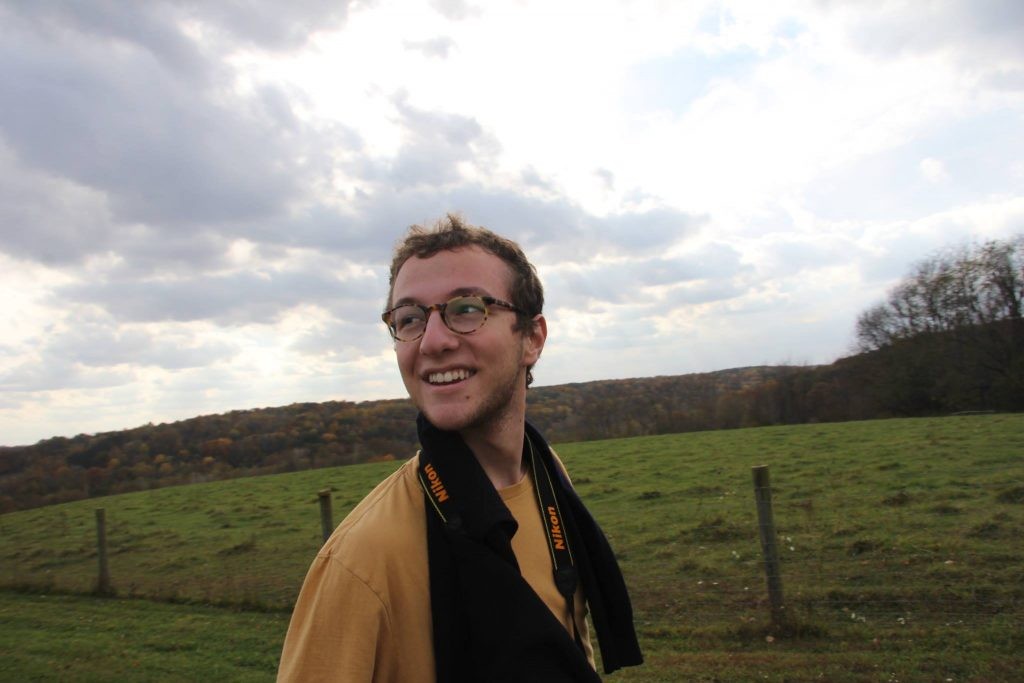 - BA in Russian and Studio Arts

-Tell me something interesting about yourself?

-I’m very good at Rubik cubes and can usually solve a 3x3 cube in under a minute. I like to make comics and I used to publish them in my university newspaper. I still write comics and publish them online.

-Why did you choose Bulgaria?

-I have been interested in Bulgaria for some time now and first heard about Bulgaria in the comic series “Rainbow” from the 1980's. I was even going to choose my thesis at university based on this comic. Since I started working here, I was thrilled that one of my students had kept some original copies of this comic and gifted them to me, which was extremely kind. I studied Russian and Art at university so have been interested in Slavic languages for some time and am now starting to learn Bulgarian.

-What would be your perfect day?

-I would wake up early and have an omelette for breakfast. I would read a good book (probably Milan Kundera or Georgi Markov) and wonder around the sea gardens or the beach here in Varna. I love Georgian food, so in the evening I would have this whilst finishing my book.

-Tell me something interesting that has happened to you?

-I love Simon and Garfunkel and one of their famous lines from the song America is “Kathy, I said as I boarded a greyhound in Pittsburg”. It just so happened that I took a greyhound bus from Pittsburg to Ohio and was with a girl called Kathy, which I thought was rather cool. One other thing that happened was I was in an Art Museum and people were not allowed to take photos. I saw a crowd of people taking photos and went over and told them to stop. Everyone turned and looked at me in shock and I saw a man on 1 knee, proposing to his girlfriend. I was obviously embarrassed.

-How is Varna different to Phoenix?

-Firstly, and rather obviously, the language. In Varna, most people speak at least 2 languages, whereas in the USA, most speak only 1. The food portions are smaller here, but also much less expensive. The people are much more attractive here and I have been mesmerized by the super beautiful green eyes I have seen. Lastly, the amount of dogs and cats on the street here, it’s not something you see in Arizona.